This post may contain affiliate links, I will be compensated if you make a purchase after clicking on these links. This is at no additional cost to you. See the Disclaimer for full details.

Living in a hot and humid area or having blistering summertime temperatures means that an air conditioner isn’t a luxury anymore, it’s becoming a necessity. SEER rating or Seasonal Energy Efficiency Rating is simply a way to tell whether or not central air conditioners provide energy-efficient cooling as part of a HVAC unit or system. If you’re looking for a new AC unit you may be wondering “What SEER rating I should buy?” and what is a good SEER rating going to give me, especially if a higher-rated unit is more expensive.

Typically, a good SEER rating is 14 or higher, but consideration in terms of climate and living space also have to be taken into account. Regions with hotter temperatures may consider air conditioning with a SEER rating of 20 to be good, but more temper climates may think a rating of 15 is adequate.

In this article, I will cover everything there is to know about SEER ratings in relation to air conditioners. I will also cover the differences between high and low SEER ratings, why the ratings exist, and how much consideration has to be taken into these ratings when buying a new air conditioning or HVAC system.

What Is A Good SEER Rating?

According to the U.S. Department of Energy, as of 2023, the minimum SEER ratings for a residential air conditioner will be 14 in the Northern States and 15 in the Southern States. Individuals won’t have to factor this in if they already have an air conditioner; however, any new purchases will have to adhere to this.

What Is A SEER Rating?

The acronym SEER standards for Seasonal Energy Efficiency Ratio and it is a measurement used to indicate the cooling ratio output (the heat pump efficiency) for air conditioners (AC units) over a season.

To determine this measurement, the total number of British Thermal Units (BTUs) removed from the air is divided by the total amount of energy the air conditioner will use. This unit is measured in Watt-Hour (watts per hour used).

What Is The Minimum SEER Rating?

As I said, the minimum SEER rating that the DOE (U.S. Department of Energy) will implement in 2023 is 14 for the Northern States and 15 for the Southern States.

Although this is not the lowest SEER rating that an air condition unit can have, this is just the minimum requirement for new AC units purchased in the U.S. from that date.

The lowest SEER rating that AC units can have is 8. This means that it will have an efficiency rating of 0%. However, consider that only air conditioners that were installed prior to 2006 will have a rating of 10 or lower.

Air conditioners with a higher SEER rating will cool better in general, but consideration must be taken into account for a home’s space and the environmental climate.

However, higher-rated SEER units will have two factors contributing to why they are better at cooling, and these are namely;

An AC unit with a lower SEER rating will not have a 2-stage speed compressor but a single-stage compressor. As such, uneven cooling (hot and cold spots) are more frequent due to them turning on and off in mild weather conditions.

Moreover, higher humidity levels are also experienced in air conditioning units with a lower SEER rating because air conditioners have to stay on for long periods to remove humidity from the air.

How Much More Efficient Is A Higher SEER Rating?

The difference between a middle-tier and high-end HVAC system accounts for approximately a 40% increase in efficiency. Here is a table I have drafted for ease of use.

Is A SEER Rating Different For Various Regions?

SEER ratings are different for various regions in the U.S. because some states experience (or have, in general) a much hotter climate.

Although the DOE is implementing new standards in what the SEER rating in Northern and Southern states can have, other states might be different and have their own specific requirements. It is best to check what requirements are needed for each specific state which can be found here.

Will The SEER Rating Be Affected By The Size Of My Home?

The size of a home (living space) will affect the SEER rating. Generally, air conditioners will need 20 BTUs per square foot of living space. Central air conditioner rated cooling is measured in tons, so BTUs’ conversion to tonnage must be considered.

Even if an AC unit has a high SEER rating but does not adhere to this calculation, the living space in question will not be cooled correctly.

What SEER Rating Should I Consider Getting?

There are a number of factors to consider when trying to determine which SEER rating to get. I have detailed the factors above, so I will outline them here. These factors have to be considered;

However, in general, a modern air conditioning system will have a SEER rating of approximately 14 to 16, and if the climate is moderate and the living space is average, then this should be fine.

SEER vs EER: Which Is The Difference?

The SEER rating measures how efficiently the air conditioning unit runs over an entire season. This means this measurement is considered over a range of summertime temperatures, including the stopping and starting of the AC unit.

EER (Energy Efficiency Ratio) is a different measure than seasonal energy efficiency ratio and is a standardized measurement for an air conditioning unit, and this measurement is important for regions that have a very warm climate. This is because this measurement is taken for an AC unit that is under “full load,” meaning it is always running.

For either rating, the higher the ratio, the more efficient the AC unit will be.

Does A Higher SEER Have More Benefits?

There are two main benefits two consider that an AC unit with a high SEER rating will provide, and those are namely;

Due to the fact that air conditioner units with higher SEER ratings will have a 2-stage speed compressor (as I have stated), they will offer better cooling, and because they are more efficient, they will not drain (run) a lot of power, effectively decreasing an energy bill.

Does A SEER Rating Affect Costs?

The SEER rating of an AC unit will affect its cost. In general, air conditioning units with a lower SEER rating will be cheaper than those with higher ratings.

However, it must be kept in mind that having an air conditioning unit with a higher SEER rating will use much less energy (up to 40%), and this will cut down on monthly energy bills.

Thus, air conditioner units with higher SEER ratings can eventually pay for themselves in the long run (to a degree).

What Will The Savings Be With A Higher SEER Rating?

The savings on having a higher SEER rating can be dramatic even if the rating of units goes up only by one.

The new standards that the DOE (U.S. Department of Energy) is implementing in 2023 will see that U.S. homeowners with air conditioner units will save a total of between $2.5 billion and $12.2 billion on energy costs between 2023 and 2052.

An average homeowner can expect to save thousands of dollars over the next 10 to 20 years.

What Are The Price Bands For Higher SEER Rating AC Units?

Is A High SEER AC Unit Worth The Money?

Higher SEER-rated air conditioning units can be considered to be worth the money when the efficiency rating is considered.

Due to the fact that the increase in efficiency is up to 40% or more in air conditioner units with the highest rating compared to mid-range models, the saving in energy bills alone over the years can climb into the thousands of dollars.

Where Can I Buy AC Units With A High SEER Rating?

Air conditioner units with high SEER ratings can be bought online via large e-commerce stores as well as local brick-and-mortar stores. But you’ll likely find the best deals online. Below are the top 3 SEER rating AC units available via Amazon.

Consider that if the air conditioning unit needs to be installed, then purchasing it from a store like Home Depot could be better because they offer options of having an authorized installer give a free consultation and fit the unit for a price.

Conclusion: What SEER Rating Should I Buy?

SEER ratings are considered the gold standard when deciding on what air conditioning unit to purchase, along with how many tons of cooling per square foot it can cool.

A higher SEER and EER rating is always considered to be better and provide higher efficiency (less power consumption) and should be considered if the climate or summertime temperatures in question are hot.

Even though they do cost more than air conditioner units with lower SEER ratings, money can be saved due to lower energy bills which can add up to thousands of dollars. 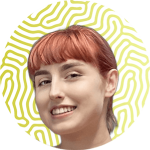 What Is The Best Alternative To Aluminum Foil?